GCSEPod Lead Nicol Ellis could see the potential in GCSEPod but knew she had a hard job getting the whole school on board. She recalls: “I remember thinking there was nothing available that did what GCSEPod does. The content is so up to date, it’s mapped to the GCSE exam boards so students can’t get confused and the subjects are fully compatible both in class and for GCSE homework.”

Northallerton School and Sixth Form College’s relationship with GCSEPod had lost its magic. But now the secondary school, in the market town of Northallerton in the Vale of Mowbray, has fallen back in love with the online teaching and learning platform.

The spark in Northallerton School and Sixth Form College’s union with GCSEPod had sadly faded – through no fault of the teaching and learning platform. GCSEPod lead Nicola Ellis had first came across the education resource at an information and technology show.

Perhaps because Nicola is Northallerton’s Head of Subjects in ICT and Computing, she was immediately attracted to the visually appealing learning aid, which uses short videos known as Pods. These are devised by teachers, read by professionals and locked into the national curriculum, which can be watched in class or on the go by students looking to study and revise.

I remember thinking there was nothing available that did what GCSEPod does. We had a couple of online revision tools at our disposal, but they offered nothing like GCSEPod’s breadth or ease of use.

“I loved the fact that students could be doing their paper round, or travelling in a car or on a train, and be listening to the Pods without even realising that they were learning.

“It struck me as being novel, easy to use, portable, and something which could easily fit into the students’ everyday lives.”

She also happened to be working on a project at the time which focused upon mobile technology and how it could help people learn. “GCSEPod ticked that box,”

Having convinced her superiors of GCSEPod’s worth, it was introduced to the school’s Year 11 students in 2013.

But while Nicola’s enthusiasm was evident towards the part GCSEPod could play in accelerating student progress, her excitement wasn’t necessarily shared by all.

“There was an initial concern that it was only going to be for the ‘haves’ rather than the ‘have nots’. There was a worry that not all the children would have a smart phone, or access to one. The feeling was that it would only be the ones with the devices that would benefit, which has been shown to be far from the case.

“There was also an element of staff hesitation. A lot of them weren’t tech savvy back then and were struggling to see the benefits of using GCSEPod.”

It was not the most auspicious of starts.

Nicola has her own theory as to why GCSEPod wasn’t being made more of.

“From the staff’s point of view, I think it was having the time to really look at GCSEPod and to see what it could do. And then there was this fear of technology.”

It was a frustrating time for the GCSEPod lead, especially when she could see the advantages. 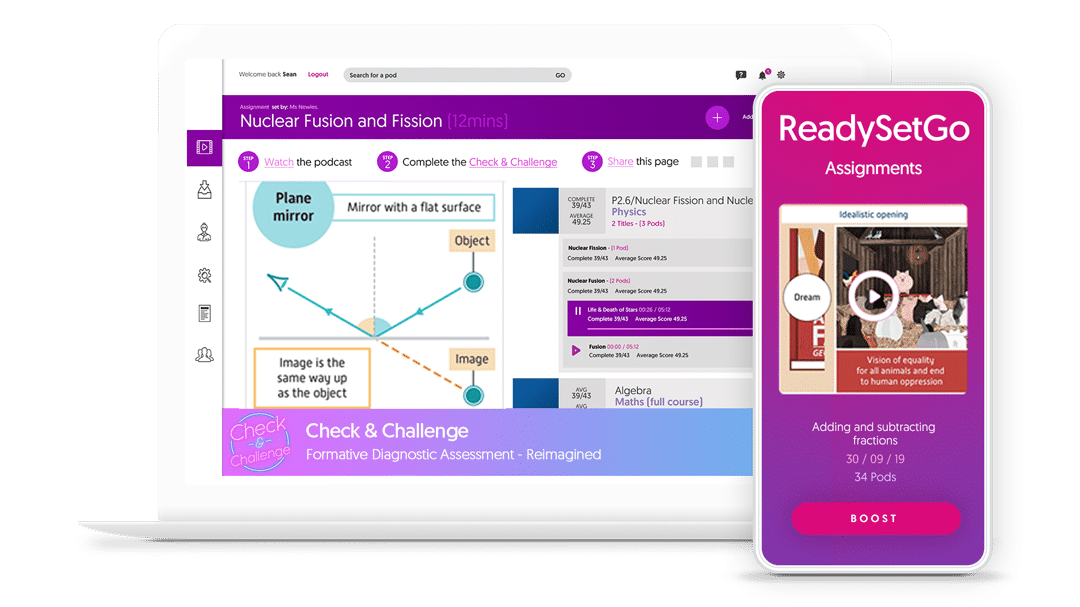 “The content has grown and grown over the years. It is so up to date. It is even geared up to the exam boards, so the students can select the one they’re sitting and have the content for a given exam put on a playlist. They can’t get confused, and it makes it easier for them to prepare more efficiently.

“The subjects are fully compatible with what they are studying in class and being given for their homework assignments.

“And for the visual learners it has so many possibilities for them and so many opportunities to learn and revise in a different way other than by reading a revision guide or writing out revision cards. It is another way of helping the students learn and get the best they can out of their time at school.”

“I was sat there thinking, ‘We have this and we’re not using it.’ I came back to the school and let it be known that we were paying for GCSEPod, that it could do all these amazing things, but that we weren’t utilising it,” Anna says.

NCOP is a £240m, four-year Government backed programme aimed at increasing the number of young people from disadvantaged backgrounds who go into higher education.

As part of the NCOP, Northallerton School and Sixth Form College runs various projects and courses to educate, inspire and motivate its students about the value of going to university.

GCSEPod, with its ability to help students achieve their potential and ongoing aspirations, links in to this important work.

A number of fortuitous factors have, however, helped turn around GCSEPod’s fortunes at Northallerton School and Sixth Form College. One has been the arrival of new and predominantly younger staff who have grown-up with technology and social media.

A number of departments, most especially in Science and Humanities, have come on board, having seen the potential of utilising GCSEPod’s punchy, accurate and relevant content, especially for those students who have a relatively short attention span.

The 2017-2018 academic year also saw the appointment of an interim executive principal, Keith Prytherch, who was already a fan of GCSEPod having worked with it at other schools, and who was keen to see it properly embedded at Northallerton.

It was Keith who brought one of the GCSEPod Leadership Specialists into the school to run a series of tutorials with both staff and Year 11 students focusing on how to effectively use and get the best out of the teaching and learning platform.

She had been at conference where delegates had been given a talk on the benefits to GCSEPod to their NCOP students.

There has been no issues with keeping students engaged – especially when you have teachers like Cathy, who are only too happy to sing GCSEPod’s praises. “They laugh at me because I talk about it obsessively in school! But I look at it this way, if something isn’t a priority for you, then it’s not going to be a priority for anyone else.

“But, thankfully the students find GCSEPod accessible, interesting and easy to use. And that means it’s not a chore for them.”

English Literature is top of subject usage league (perhaps not that surprising given Cathy’s field of expertise), followed by Biology, Physics, Chemistry and Maths.

GCSEPod is used as a revision tool, for homework and has proved especially useful with keeping students who may be off on long-term sickness, on track with their studies.

Cathy says Rawlins Academy is lucky to have aspirational students who want to achieve – one of the reasons the school doesn’t have to handout incentives to encourage GCSEPod use.

The bigger prize, she explains, is hopefully better GCSE results.

Instead, certificates of achievement are presented to students who reach 150 Pod views. 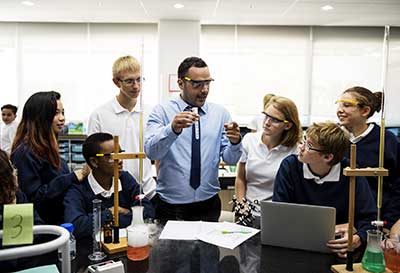 “The subjects are fully compatible with what they are studying in class and being given for their homework assignments. For thevisual learners it has so many possibilities for them and so many opportunities to learn and revise in a different way other than by reading a revision guide or writing out revision cards. It is another way of helping the students learn and get the best they can out of their time at school.”

here has been an impressive turnaround in both GCSEPod’s usage and the staff and student attitude towards it since Michelle spent time at the Northallerton school in early spring 2018.

And between September and the middle of December 2018, just over 2,000 had been watched.

English Literature, the sciences, maths and geography have all adopted GCSEPod with enthusiasm, and while historically it has been aimed at Year 11’s, the school is set to roll it out to Year 9 and 10 students. 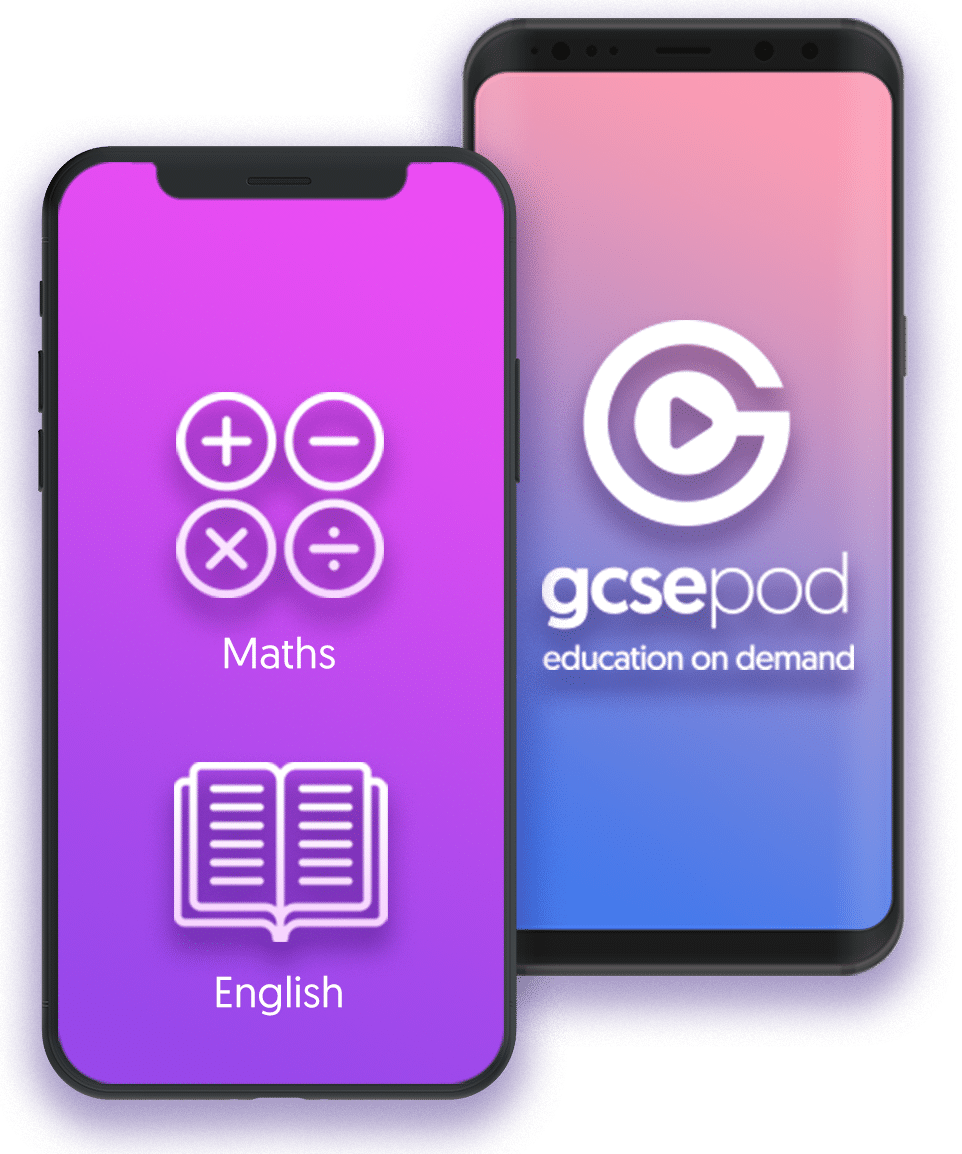 GCSEPod is actively promoted at assembly and at open evenings, revision guides have been sent home to parents summarising its benefits, and its use is now being encouraged by teachers.

Nicola says: “The feedback from those teachers that use it is that they love it, while the students have said they like the fact it is so visual, that it comes in short snippets and that they can use it whenever and wherever they like. They have bought into it.”

So, GCSEPod’s relationship with Northallerton School and Sixth Form College has been something of a slow burner. But it’s the attachments you grow into that are often the ones built to last.