Empower your students with the Student Ambassador Programme

As part of your GCSEPod subscription you and your students can take part in the Student Ambassador Programme.

“The Programme will benefit students as they gain invaluable skills and experience which are crucial for the workplace, as well as helping others to achieve their potential.”

Do you have students looking to: 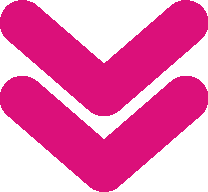 The Ambassador Programme helps students to develop key skills whilst also embedding GCSEPod into school life and maximising the impact you get from your subscription.  The Programme is a fantastic way to encourage engagement with GCSEPod, which is proven to improve results, and support students in learning both peer-to-peer and student-to-teacher communication skills.

About Tom Hollins – Head of the Programme

Tom is a truly inspirational individual who has helped build the programme following his experience of GCSEPod as a student.

Tom led a team of four other Ambassadors, tasked with promoting GCSEPod usage across the school.  He helped train staff on the resource, spoke at revision events, attended parents’ evenings, analysed data, ran drop-in sessions, and inspired younger students to follow in his high achieving footsteps.  Under Tom’s leadership, usage of GCSEPod increased by a staggering 195%.

Tom was so impressed with how being an Ambassador strengthened his skills and helped him to overcome his shyness, that he is now helping other to realise their potential.   Tom is also studying English at university.

Tom’s role as Head of Student Ambassador Programme sees him visiting schools to share best practice, inspiring the next generation of Year 10 and 11 students to use this award-winning service, training and developing them to promote and use GCSEPod.

“My confidence grew as I improved academically, but more than that, when I took over responsibility for GCSEPod in my school, my team-working, communication and leadership skills improved too.

I wouldn’t be doing it unless I genuinely believed in GCSEPod’s worth.  Without GCSEPod, my life now would probably be very different.”

So, what does the Student Ambassador Programme entail?

Teachers can login to GCSEPod and select students to nominate as Ambassadors.  The chosen Ambassadors will then be able to: